Scared? Nervous ? And uncertain? Yes, for sure.

Because you have this crazyyy idea stuck in your head and somewhere an unrealistic part of you is ever believing it can come true. Stupid stupid part. That part doesnt know what will happen if you fail right? I mean yeah its not going to be the one facing rejection. How about you forget about all that for a second now?

It was made with the knowledge of your long term goal. For your motive of existence. Don’t tell it to shut up or want it to cool down because when you will look back at your stable life in an old house by the country and you will wish to have at least taken a shot. Just to see how it went. Just the crazy idea deserved a chance.

Jump into the water and try swimming, with everything in you cause even if you drown at least you knew how the water felt and what you lacked, at least you know, you gave it a try. You did something different.

You ask , what if I drown and don’t come out? Then go learn swimming and try again. Failure is good, it brings you closer to your success. Never say you cannot do it because if that fire in you is whispering you to do then hell yeah you can!

” I’ve missed more than 9000 shots in my career. I’ve lost almost 300 games. 26 times I’ve been trusted to take the game winning shot and missed. I’ve failed over and over and over again in my life. And that is why I succeed.” –Michael Jordan

What are you so scared of? Failing? Giving up? Not reaching where you want to? Competition? Well if you coward away, whether you like it or not. You’ve already failed. Trust yourself and take a chance.  Take a breather and see how you are creating more problems in your head than those that actually exist.

You have a gift. Don’t you think you should share it with everyone?

Don’t look for praise, don’t look for approval, don’t chase claps, coins or credit. All of that will come by. I would tell you to focus on where you want to reach. But I don’t know where I want to reach either, if you do please do. But if you are like me, and have no idea where you want to be, just follow that ache in your chest, work like crazy on the stupidest thing with no scope ahead, just do it because you will reach somewhere rather than standing there useless. And most likely it will lead you to the right road. You don’t have to be afraid of failing because

“You never fail until you stop trying” – Albert Einstein.

This is the line that has kept me awake for nights. Talk to yourself, don’t shut yourself off. You missed a golden opportunity? So what, there are more opportunities ahead! You messed up that game? So what! What if I am not good enough? Then you wouldn’t have that crave in you. If you feel you aren’t, work on it.
Maybe you feel drained for such a fight ahead but tell me why is that fire still burning then? Take a shot! What do you have to loose? You are already losing your dream if you don’t.

Aloha 1nsaniacs! So here is the third Post to Inspire you for TTT! What ? You haven’t put up your work for TTT? That’s a shame! You really should!  Check it out here!  What do you all think of the post! I really want to know! Do you think I missed some point out? If so please let me know in the comments below.

OH BY THE WAYY! I am pretty active on instagram right now its Being1nsane over there. Putting up a lotta quotes and writings that I cannot over here. I even did a couple collaborations with amazing writers there! I would love to hear from you all there! Thank you guys! Love you all!! See you next week 😉

Help me by sharing

60 thoughts on “Giving up on Your dream? You need to read this!” 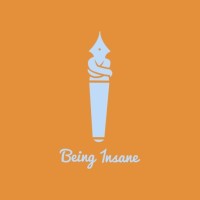 Check out our other Latest Posts: Being1nsane

Cheating isn’t a noble virtue but knowing that doesn’t stop the things broken within. A poem about all confusions in a woman’s mind.

Dive deep in to the reason Shane Dawson and Jeffery Star’s new series to explore what worked for them and how you too can learn from it. As a blogger, influencer, marketer, etc

To the Bestfriend that went abroad – Nothing ever changed

A letter to a bestfriend who left to abroad, by a girl that struggles to let her best friend go.

Not Your Hero – Poetry

A short modern poem about a girl speaking out about who she is and who she tried being for someone she loved.

With time we tend to forget or don’t recognise the things we’ve learnt. So, I create a list every year and share my learnings for us all to learn.